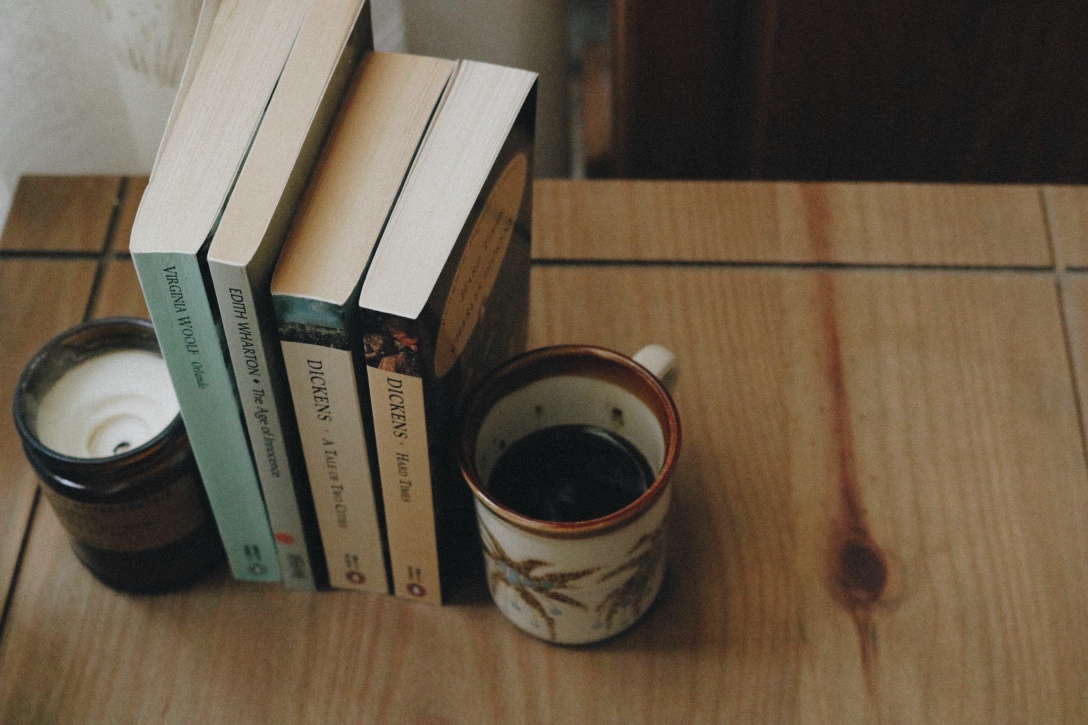 “A garden to walk in and immensity to dream in–what more could he ask? A few flowers at his feet and above him the stars.”

I’m going to start with the longest book on the list. Les Misérables is one of my all-time favourite books and I don’t have enough words to do it justice. The story takes place after the French revolution, between 1815 and 1832, culminating in the Paris June rebellion of that same year. So many interesting themes are discussed in this book, such as politics, morality, religion and revolutions. But ultimately this is the story of Jean Valjean, a social outcast and the victim of human injustice. As we follow his life after his release from the galleys, we get to meet many other characters who are all interconnected in some way. Hugo delves deep into the lives of the underprivileged class, revealing the physical and mental sufferings and moral dilemmas that these people had to face on a daily basis. These chapters were the most profound and impactful to read and the characters are so complex and written in such an incredibly realistic way.

Hugo’s writing is impeccable, very astute in his descriptions and fuelled with extreme passion and drama. Sometimes the narrator inserts himself explicitly into the story in order to give a more personal and analytical commentary about the events that he’s describing. Some might say that these chapters are too detailed and long-winded, but personally I found them extremely interesting and informative, and gave me a much clearer picture of Paris and the characters’ background. It’s the kind of book that needs time and patience but believe me, the experience is definitely rewarding!

“The difference between treason and patriotism is only a matter of dates.”

The Count of Monte Cristo was the first book I’ve ever read that was over a thousand pages long. I was absolutely terrified of it’s sheer size but at the same time curious and excited to read a story that I had been obsessed with for years. I remember watching the 2002 adaptation starring Jim Caviezel and Guy Pearce and being completely enamoured with the characters and the story, and it was this film that induced me to pick up the book.

Believe me, this book is a masterpiece. No wonder it is one of the most famous revenge tales in literature. This incredible story is equal parts amusing and devastating, suffused with Dumas’ brilliant observation of human thoughts and actions. It is not merely a story of vengeance, but also a study of the human soul, because despite the aura of mystery and grandeur the Count of Monte Cristo exudes, ultimately he is still human, with a fragile heart and wounded soul. Robin Buss’ translation gives life to the story and I did not read it but devoured it. True, the book is long, but don’t allow this to stop you from reading it because honestly you will wish that it was way longer. 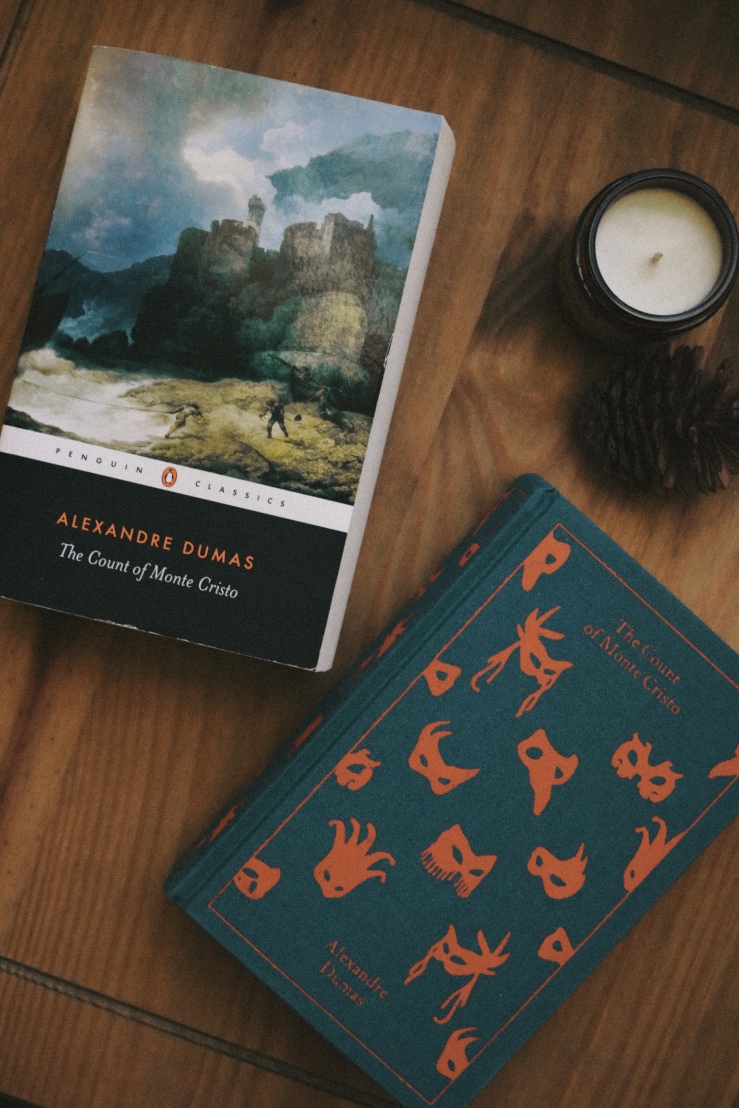 Oscar Wilde is one of my favourite authors and this book embodies everything that I love about him. Wilde’s prose is a whole new level of experience that is nothing short of perfection. This book is a study of human vanity, arrogance and extreme hedonism, as we slowly observe the corruption of a soul that was once supposedly innocent and pure. He explores the natures of sin and morality and Wilde does not hold back from his dark, witty humour and complete disregard of social conventions. 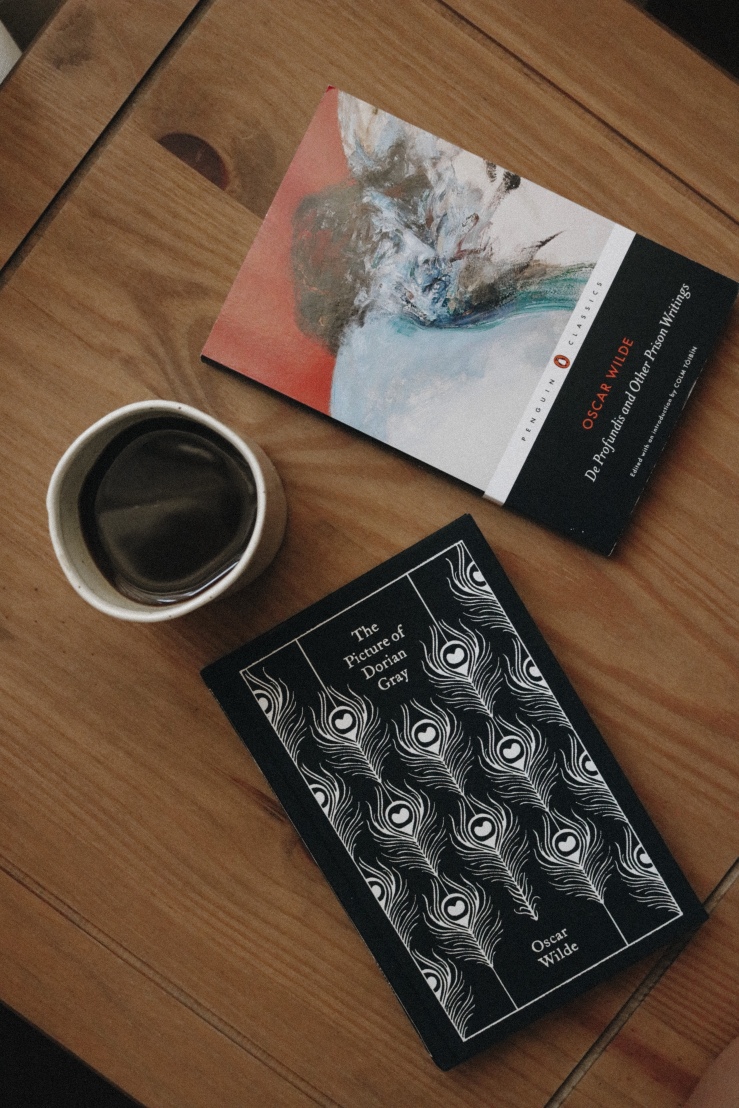 “We are all in the gutter, but some of us are looking at the stars”

This was my first play by Oscar Wilde and it was such a joy to read. The dialogue is utterly hilarious, clever and thought-provoking. What I love about Oscar Wilde is his use of humor to criticize social situations, entertaining us with his words while at the same time making us think on a more profound level about life and our actions.

“ Learn from me, if not by my precepts, at least by my example, how dangerous is the acquirement of knowledge and how much happier that man is who believes his native town to be the world, than he who aspires to become greater than his nature will allow.”

Frankenstein is more than just a simple horror story. Not only did Mary Shelley weave a tale that would incite a sense of fear and agitation, but she also engage us into a deeper analysis of human nature. She wants us to get involved in the discussion and ask ourselves who the real monster is: the creation or the creator. What are the consequences when unbridled ambition takes the better of Frankenstein? What happens when an idea pervades your mind, body and soul to the point where you attempt to play the role of God without taking heed of the consequences? These are the questions that Shelley wants us to answer. 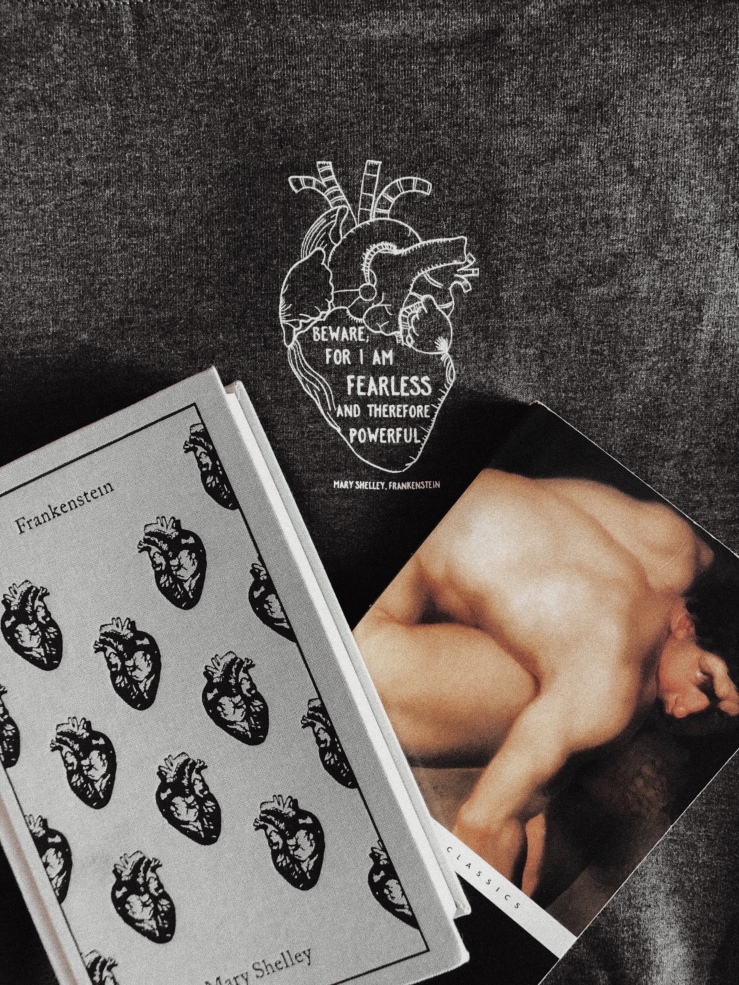 “Rise like Lions after slumber
In unvanquishable number-
Shake your chains to earth like
dew
Which in sleep had fallen on you
Ye are many-they are few.”

I think Percy Bysshe Shelley embodies the true Romantic poet and you immediately notice this through his joy and esteem when describing nature and his search for love and freedom.  Throughout his poems, he invokes metaphors from nature to reveal his relationship with his art. He also infuses his philosophical and political standings in his verse that are truly inspirational. The Everyman’s Library Pocket Poets edition includes a collection of some of his poems and I think it is a great introduction that will surely prompt you to read more of his work. 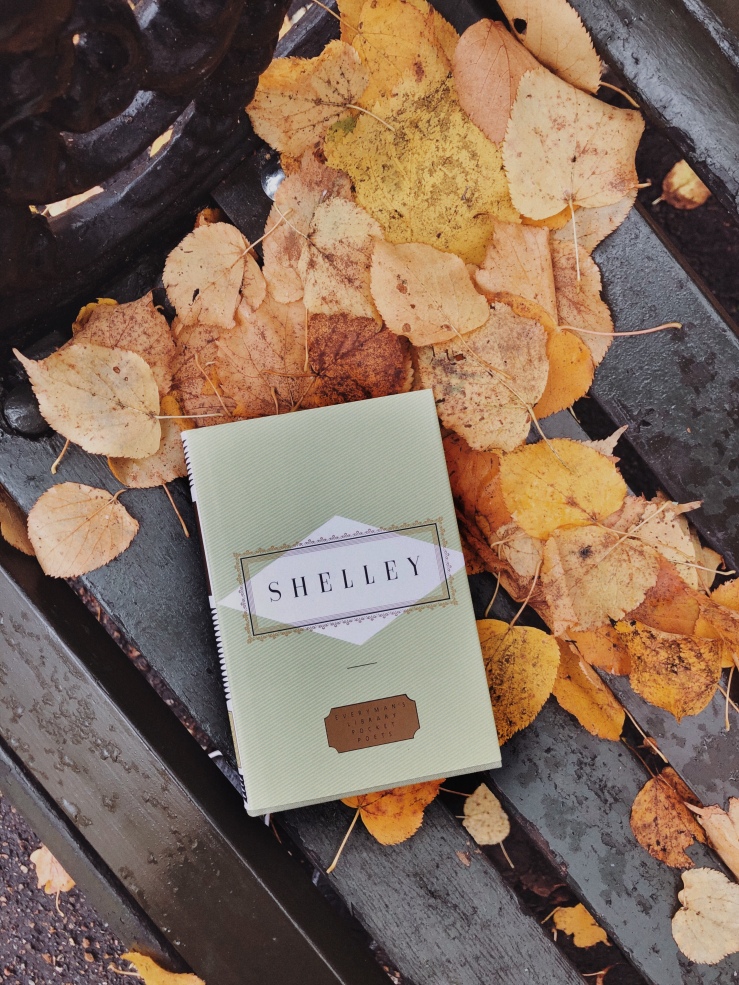 “If you are lucky enough to have lived in Paris as a young man, then wherever you go for the rest of your life, it stays with you, for Paris is a moveable feast.”

Admittedly, I have never been partial to Hemmingway’s writing style and I remember reading The Old Man and the Sea and growing frustrated with every turn of the page. However, A Moveable Feast was such a memorable read, mostly in the way it conjured up images of Paris in my imagination, even though I’ve never visited this glorious city.

I thoroughly enjoyed reading about Paris in the 1920s, how Hemingway spent his days writing in cafes, book shopping at Shakespeare and Company and meeting so many remarkable artists and writers along the way: Picasso, Fitzgerald, Gertrude Stein, Ezra Pound…I guess what makes this collection so significant is that is portrays those fragile yet happy years spent in a city that he loved, the perfect healing balm after the horrors of WW1. They were poor, but they were content. Reading this memoir made me realise how much I want to visit Paris and retrace the steps of the Lost Generation. I should point out that there are many misogynistic comments and prejudiced thoughts on homosexuality scattered throughout the book that I abhorred. I guess you should always be critical whenever you read a book and understand that no work is ever ideologically pure but always be mindful and thoughtful about it.

“I am no bird; and no net ensnares me: I am a free human being with an independent will.”

Jane Eyre was my first Brönte book that I read last year and immediately fell in love with. The writing is so beautiful and eloquent and the characters are a joy to read about. Jane is memorable in so many ways, but mostly in her strong independence, honesty and dignity. Her quick wit and banter with Mr. Rochester was very entertaining, and even though Mr. Rochester is not a favourite of mine, his complex and ambiguous character was still interesting to read about. Jane Eyre is the quintessential Gothic classic perfect to read on a dark Autumnal evening when it’s freezing cold outside! 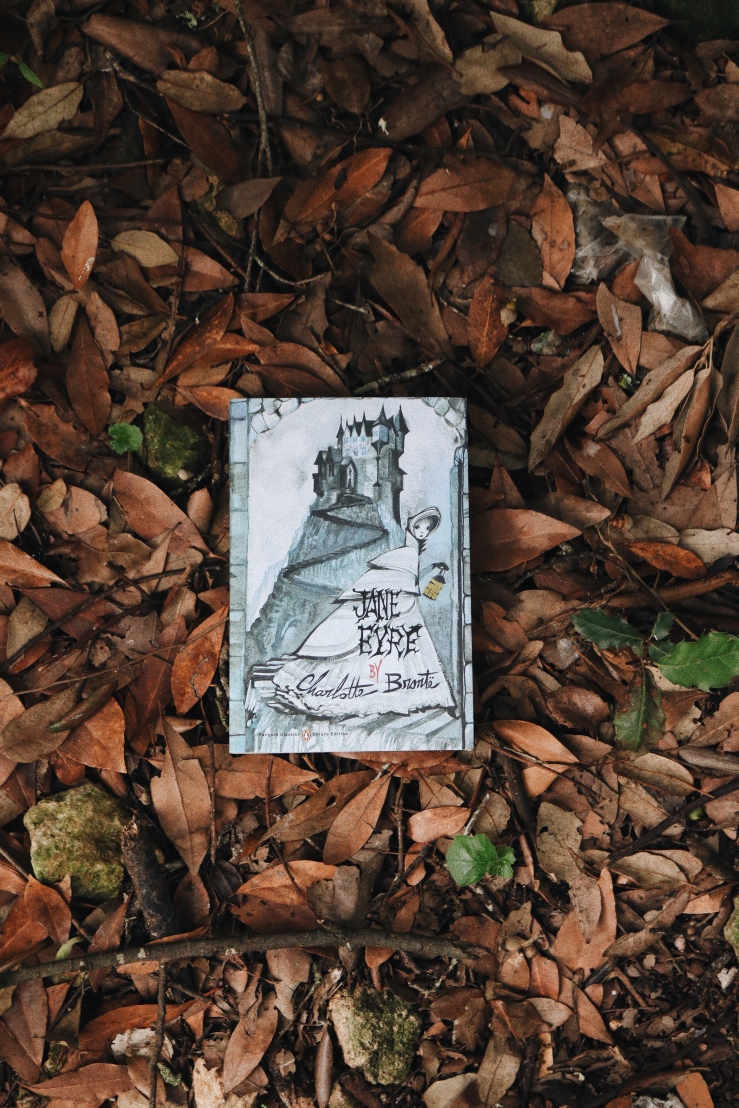 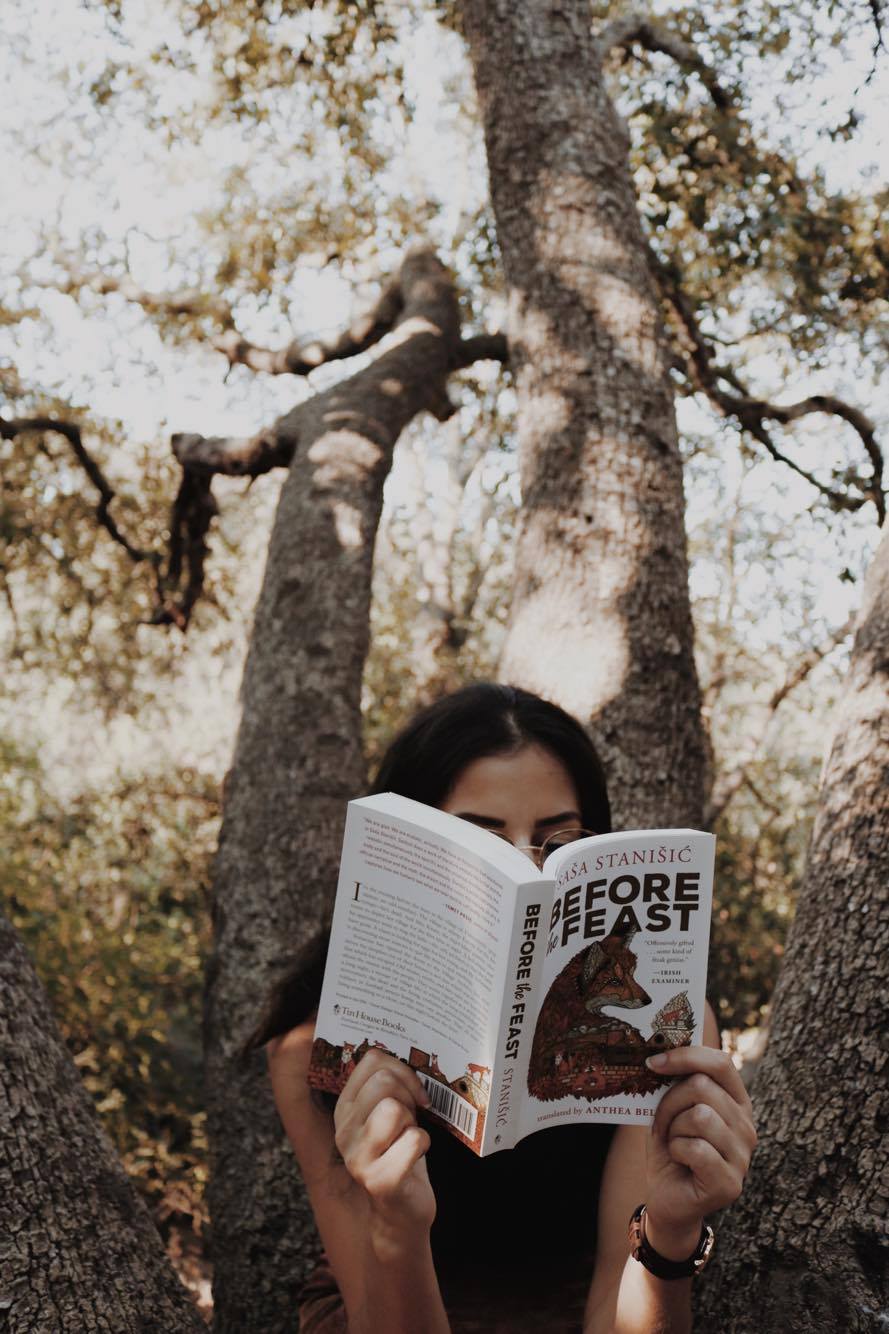